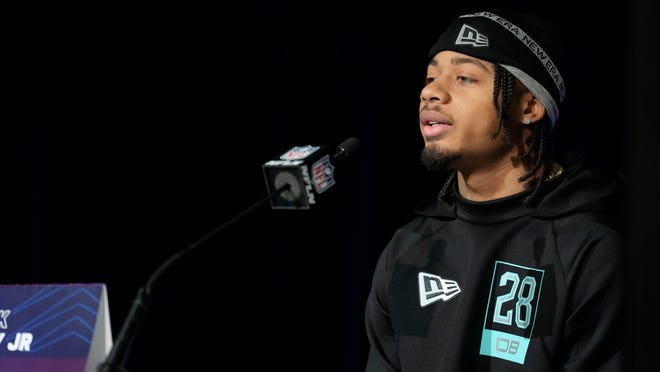 "He became very ill quick last night," LSU coach Ed Orgeron said on CBS before the 2:30 p.m. kickoff. "We rushed him to the hospital, gave him great care, and I think he's in good shape - should be checked out today. He will not play today."

Orgeron did not say what type illness Stingley has. LSU released earlier Saturday that he did not have COVID-19 symptoms.

"His condition is not COVID-19 related, and he is expected to be discharged soon," a statement released by LSU sports information director Michael Bonnette at 10:15 a.m. Saturday said. "He will return to activity after full evaluation by the medical team. Derek Stingley Jr. became acutely ill last night and was evaluated overnight in the hospital. This is 100 percent a medical decision. I don't know what the timing of the evaluation will be."

More:LSU tailgating to be bare with Tiger Stadium nearly nude, too

Bonnette said he if he is told when Stingley is released from the hospital, he will inform media.

Stingley is considered one of the top cornerbacks in the nation.